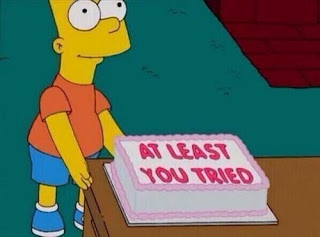 2015 kicked my ass. 2016 kicked everybody's ass. 2017 discovered our collective asses were numb from all the kicking, so a series of sucker punches, rope burns, paper cuts, and other attacks ensued. 2018 continued the the war. Like advertising copy from the trailer of a Russ Meyer classic, it was a haymaking, belly-busting, karate-chopping, judo-flipping, fight to end them all! Slashing, tackling, gouging, hacking, flipping, belting, smashing, and blasting! Muscle to muscle, bone to bone! The prize: Life itself.

And for now, the prize is retained.

Oh, speaking of prizes, while this year reached an all-time personal low in theatrical viewings overall, I am gratified that at the very least, I can bring back the auxilary awards that have been long dormant during The (Continuing) New Cruelty. 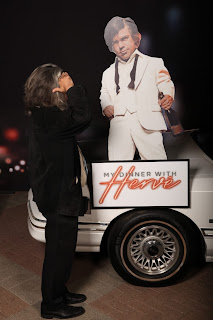 When I was associated with a certain flagship theatre of a well-respected national chain of art cinemas, I was lucky enough to befriend the energetic writer/director Sacha Gervasi, who had brought his enormously moving and still-vital documentary ANVIL! THE STORY OF ANVIL! to my workplace. In the decade since that first meeting, I have had the pleasure of keeping company with him on multiple occasions. How many to be precise? Modesty forbids. And during that decade, I was frequently regaled with the wild and illuminating story of how, as a young journalist, he found himself an active participant in the final days of counterculture artist turned cult actor Herve Villechaize, and his longstanding desire to turn it into a film despite its less-than-commercial prospects. This year, he made it happen, and I am happy to give it a reinvigorated Jury Prize. MY DINNER WITH HERVE, much like a previous Jury Prize winner of mine INCOMPRESA, meshes fact and fiction to deliver an emotional truth about a real person whose legend has too often superseded his reality. It's kind, empathetic, mordantly funny, and proof that if you have a seemingly untenable dream, like a biopic about the world's most famous dwarf (or of being a successful heavy metal artist in your '50s), there can be a reward to spending the time and toil to make it a reality. 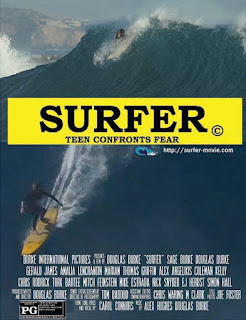 And after spending the last few years bereft of witnessing a truly singular, guileless, and completely daft theatrical experience, it is with enormous pleasure that I can revive my "Runaway Jury" Prize for Douglas Burke's SURFER: TEEN CONFRONTS FEAR. Very few people would think that accumulated home videos of surfing travels, new age Christian spiritualism, after-hours access to an acting school, a dead beached whale, and a reluctant child actor could be woven into a feature film, but first-time director Burke, moonlighting from his day job as a physics professor, grabbed a GoPro and an editing program and decided why not. I sit through plenty of respectable films that have that scene you know is the Oscar Speech, so when I behold Burke going nonstop for 10 minutes on Biblical parables and water creatures without taking a breath, I have to salute that level of commitment. The fine genre screenwriter Simon Barrett had this succinct observation: "I have mixed feelings about SURFER. On one hand, it is a fine film about surfing and receiving poetic life advice from the ghost of a semi-comatose covert assassin who has been temporarily resurrected as squid meat. On the other, it has no talking cat in it." Look, sometimes you get to drink 30 year-aged Scotch from a posh reserve, sometimes you grab a cold beer from the pony keg. But every so often a Freddie Quell comes into your life and mixes you a concoction that is some unholy mix of lighter fluid, clam juice, and Shasta, and it's the most memorable drink you've had in years. And a cinematic life without that kind of jolt, well that's living in an iron maiden of pain,boy!

Meanwhile, I will also take a moment to acknowledge the good work of an organization that I otherwise have many many many problems with: Netflix. I still view them as the perpetual spoiled rich kid with a short attention span who continually decides they want something, eliminates every obstacle in their path to get it, and then decides they don't want it anymore. And yes, they have made it possible for passion projects that studios refused to find a supportive home...for a little while, anyhow. But for every THE OTHER SIDE OF THE WIND or SHIRKERS that is given a boost, there are literally dozens of other original films that, if they don't immediately start trending on Twitter, get buried in the algorithm and forgotten, without any sort of alternate availability such as physical media or theatrical repertory, with only the vague memory or google-fu skills of hardened film fans to actually use that search window to see if it's still on the site. So, for those of you who missed them on the first go, I offer this:


Five Worthwhile Films on Netflix Nobody Saw But Me:


And finally, as I stated earlier, theatregoing became an even bigger casualty in this year of eating lunch from the Dollar General and kissing pennies from the ridiculous because the sensible aren't hiring. I missed A LOT of important movies this season, so if you don't see your fave rave here, it's probably not because I'm being some sort of ornery contrarian. I mean, I am an ornery contrarian in regular practice, but let's use that blame when it's deserved. At this point, I now have so many asterisks to my lists, they look like censored cursing in a comic strip. But when I did make it into a cinema, these were the moments that carried me through the nights I had to focus on so-called real-world matters. Bearing no influence from Cambridge Analytica, Encyclopaedia Brittanica, or Sal Hepatica, The Top 13 of 2018*: 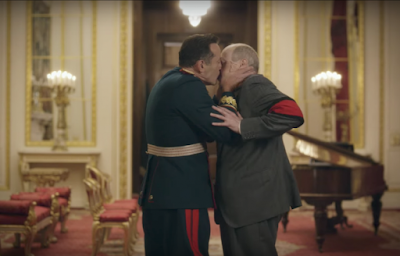 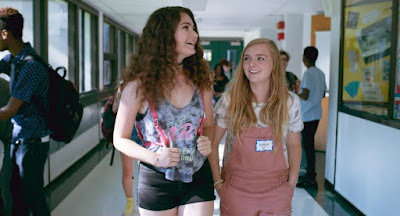 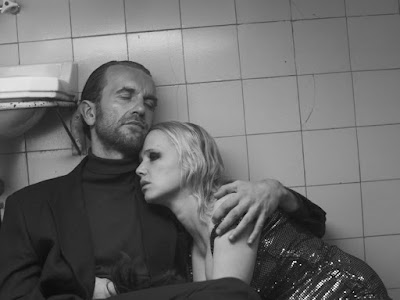 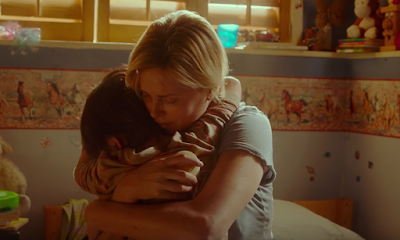 7. WON'T YOU BE MY NEIGHBOR 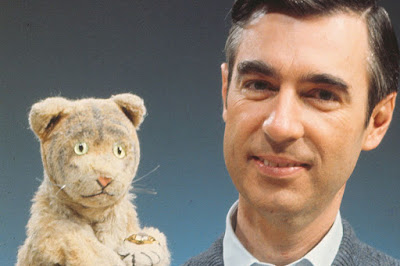 5. YOU WERE NEVER REALLY HERE 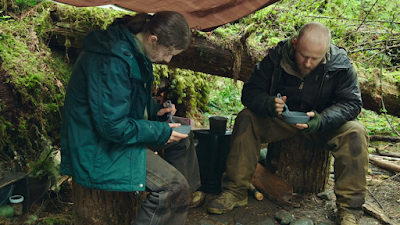 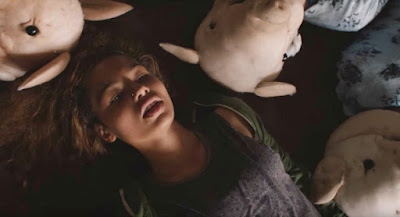 1. SORRY TO BOTHER YOU 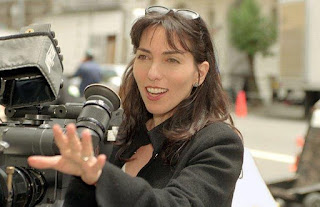 Posted by Marc Edward Heuck at 2:27 AM