It's dangerously maudlin, I tell you, this increasingly predictable pattern, to which I've succumbed, of publishing only when Death Carries a Cane and smacks me upside the head with it while screaming "You wanted an angle on this subject to get web hits, now you've got it!"  I'm aware that a growing number of my dwindling readership must think I'm grooming myself to be a professional funereal orator, a Designated Mourner. But in fairness, this has been a harsher-than-normal summer in terms of losing people who have made an impact on me, be they on a directly personal or artistically emotional level. And, sadly, the hits just keep on coming.

First discovered on Facebook, and then confirmed by a touching commentary at the Tough Pigs fansite, I have learned the sad news that longtime Muppeteer Jerry Nelson died this past Thursday evening.  Nelson was not one of the highest-profile members of the collective like Frank Oz or Kevin Clash, and aside from the immortal Count von Count, not responsible for many high-profile characters. But he was definitely versatile, doing one-shot sketch voices, appropriately deadpan narrations, and multiple musical styles and compositions.  He was logging time on practically every Henson and Sesame Workshop project until he took retirement, and even then stepping back in on occasion when he felt able. I would obviously respect him for all of that, any Muppet fan would.  But I especially must offer my doffed cap and the unruly mane underneath for giving life to my favorite character in the entire body of Henson's creations. 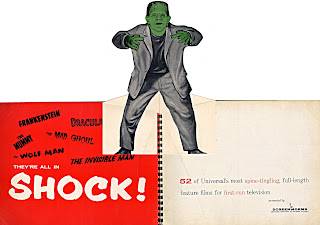 When a discarded green coat got cut up to create a puppet of ambiguous genus many decades ago, there could not have been any inkling that it would be the prototype of what is now an worldwide institution of sharp but gentle family entertainment. And somehow Jim Henson and everyone he gathered to work for him understood that important balance of taking a creature with an unnerving exterior appearance or behavior, and taming them just enough to make them relatable and lovable. I always found it astute that he chose to populate the Sesame Street neighborhood with monsters, seeing as how this groundbreaking educational program was coming to television just as a generation of children were getting a large (for its time) dosage of monster imagery...Disney witches, AIP horror films, and Japanese rubber-suited kaiju epics in theatres...TV airings of the classic Universal rogues gallery of Dracula, Frankenstein, and the Wolf Man...controversial E.C. comic books and the legendary "Famous Monsters of Filmland" magazine at the newsstand...even the radio offered tales of psychiatric breaks and big bad wolves, and what of the inherent spookiness of the pale skin, dark glasses, and quavering voice of Roy Orbison, or Johnny Cash dressed in black as he told of murder for the sake of observation?  Henson understood the intersection of fear and fascination all these elements were inspiring in children, and embraced them by upending the scarier aspects in place of calming whimsy without completing defanging what made them so compelling.  That formula didn't always work - a number-teaching segment involving creatures on a city-wrecking rampage was scrapped when kids identified with the civilians being menaced, and the alluring animator (and sometime Poubelle Twin) Vera Duffy deftly points out Beaker seems to exist solely to be punished, like some sort of synthetic sin-eater, the Muppet Show equivalent of Chaney's He Who Gets Slapped. But anyone who has imitated the Count's three..THREE WONDERFUL SYLLABLES of laughter ("Ah ah ah!"), or felt compassion at that moment when poor Sweetums is left behind at the used car lot in THE MUPPET MOVIE will vouch that more often than not, nobody doesn't love a Muppet Monster.  And on "SESAME STREET," you had Grover, who had a high voice and a round head, whom kids could relate to because he was like a locquacious baby (remember, SuperGrover's secret weapon was, "And I am cute, too!")...and you had Cookie Monster, who had poor grammar but a healthy appetite, whom kids could relate to because they were new to words but fast friends with sweets... 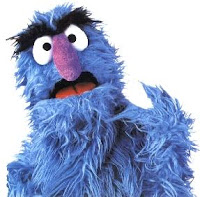 ...and then, you had Herry Monster.  He was blocky-built, almost like Frankenstein's monster, covered with heavy fur, bushy eyebrows, big nose, low gruff voice, and very strong. In short, aside from an occasional fang-toothed extra in a musical number, Herry was easily the most monstrous monster on the block, and probably close to what children at home would perceive that mythical beast under the bed or creature in the closet looked like.  So Herry had the toughest role of any of the monster characters, because unlike Grover and Cookie, he had all the exterior trappings that kids could find frightful - in his first appearances on the show, he does scare others, albeit unintentionally - thus he had the most preconceived notions to overcome. Of course, after being seen bantering with John-John and other kids, performing in Prairie Dawn's little pageants, and showing off his teddy bear Hercules with pride, it didn't take very long for everyone to see his inherent gentleness. 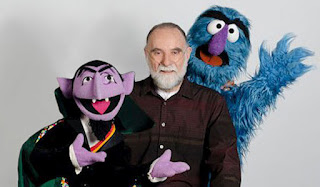 Jerry Nelson will be getting most of his posthumous accolades for the charming, witty Count, but I really feel he should be lauded for his development of Herry as well, because through his vocal delivery and gestures, he was able to make such an outwardly fearsome-looking creature warm and trustworthy. In short, while children gravitated to most of the Sesame Street characters because they looked pleasing and proved it through their personality, Herry won hearts because his sweet personality trumped his intimidating appearance.  His voice suggested an old, grizzled soul, but his curiosity and interplay with humans and Muppets alike showed that he was still very much an excited child in the world, wanting experience.  And I think kids who felt like they weren't as attractive or as confident as the other kids they saw at school or on the playground could understand that and relate to that. Heck, as a big kid today, I know that with my long hair and dark clothes and often glowering demeanor, I can steer away the fools I don't wish to suffer, but I probably scare a lot of other people away that I don't intend to, and that it's by exposing my vulnerabilities that draws folks back in and makes them accept me.  As such, Herry has been my hero for years.  And I always wished I could meet him and tell him how much I learned from him.  Maybe even sing that "M" song with him: since he was a Monster and my name is Marc, and we both love Magnificent Meals, it would have been an appropriate duet:

I haven't had a delicious letter M for far too long.

The new generations who have grown up on Elmo and his friends are likely not as familiar with Herry, since because of his longstanding health issues Nelson essentially retired the character in 2004; he's shown up in older clips and appeared in a nonspeaking capacity in recent years, but not much else. With Nelson's passing today, we are left to wonder if he will return.  The Count already has a new hand and voice keeping him alive, Nelson recognized that he was too strong of a character to leave dormant, but I wonder whether anyone else will have the right touch to reinvigorate my favorite Third Monster Through the Door.

For now, sleep well, Herry. Give little Hercules a big hug for me. 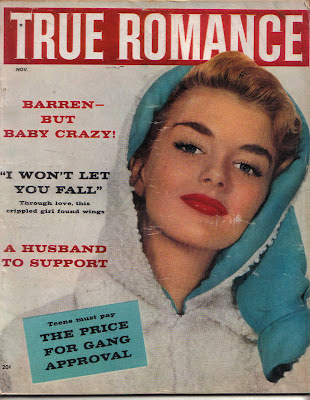 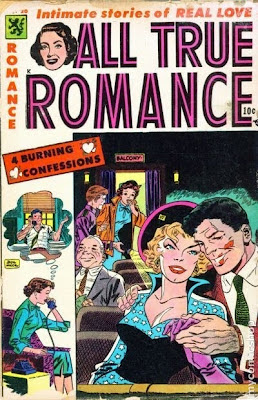 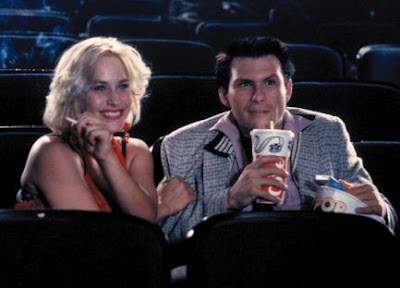 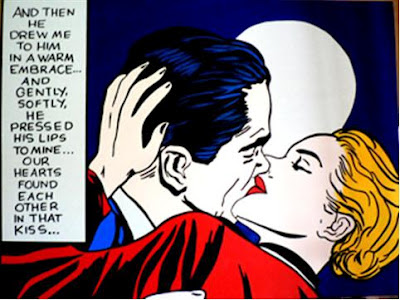 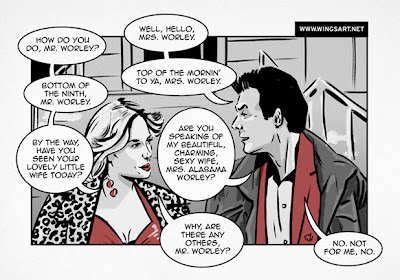 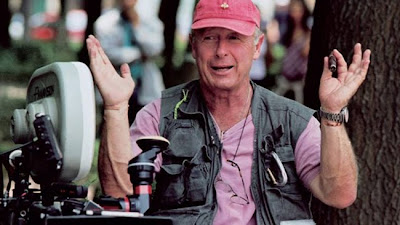 Posted by Marc Edward Heuck at 5:07 AM 0 comments