At the Code Red DVD blog, recently they posted a blurb about their upcoming release of Giulio Paradisi's 1980 supernatural sci-fi hodgepodge THE VISITOR, which will feature me doing audio commentary with my favorite Switchblade Sister Joanne Nail. Most exploitation fans were happy with the news. One anonymous replier was not:

Well, Mr. Nobody, and since you chose not to I.D. yourself I use the epithet literally, yeah, I am an ex-TV game show freak, and Ms. Nail is not the ingenue she once was. And one day, you too will be old and all your better achievements behind you. The difference between us is that we will have this recorded chat for our legacy, and you got nuttin' but your bile. Better to be a has-been than a never-was.

Insert long Bronx cheer in this space.
Posted by Marc Edward Heuck at 6:47 AM 4 comments

"FAWLTY TOWERS" Was a Documentary

Despite having 60 years in between them, here is black and white proof that for the hapless workin' man, customers never stop being a pain in the ass, and co-workers can't be trusted to help you:

The Lust for Lists

In 1991, whilst wrapping up my first year as a self-financed clock-punching grown-up, I was working my first theatre job when I noticed a big leftover stack of large-sized postcards promoting the U.S. release of Luc Besson's LA FEMME NIKITA. I also noticed they were big enough to be run through the office copier, and could thus be "customized" to have a message on them.

About that time, I had also received my first alumni directory for my high school. Feeling a bit nostalgic for the body of folk I had spent my pivotal years with, and wanting to play upon my reputation as Finder of Cool Films, I turned them into ersatz Christmas cards and sent them en masse, with a greeting and an exhortation to rent the film, since I felt not enough people knew about it.

About a week and a half later, I had a ridiculous workplace accident where, whilst changing some decoration in the lobby, I fell through a glass display case and made a huge gash in my left leg, the raised scar that resulted still visible to this day. It was the first big injury I had ever had - previously I'd never experienced a black eye or a broken limb or any sort of body pain to match it. As I was lain out at home with the leg raised and immobilized, I was jokingly saying okay, now this entitles me to some sympathy and fawning.
That's when I got the phone call from home: one of the very classmates I had sent this tossed-off card to had just died in a car wreck. In fact, the only reason his parents even thought to inform mine about the tragedy and request my presence at the funeral was because he had just received the card days before. Aside from the obvious sorrow of losing a friend, I was struck and haunted by the fact that had I not sent that card, I could have gone years not knowing about this incident because we were so out of touch. And when I was taken to the memorial service, besides the curious stares I received for the large white immobilizer on my leg, many people talked about receiving my postcard. My friend's untimely passing became the inspiration for an unproduced screenplay, and more importantly, the decision to make a yearly Christmas card. The notion of maintaining a small but noticeable place in the loop of lives of people I liked was important to me, lest my life turn into Harry Chapin's "Taxi".

Over time, the format of the Christmas greeting varied. I first tried a two-tiered system where people I had little contact with got the sterotypically formatted (if unconventionally written) "year in review" letter while people I had regular contact with just got a card with a message. Both were just done on simple white paper folded up in threes, and both featured something that I would become synonymous with - a Best Movies of the Year list. A somewhat hard task, considering that Columbus was a good but not prime hub for the kinds of movies that make those lists, and I held myself to strict Academy Awards-qualification standards, primarily because since people so often complain that the movies that make the Oscars are ones they've never heard of, there would be the fighting chance that my friends would know about them because I mentioned them first. In 1994, it being such an incredible top-to-bottom year for great movies, I made the fateful decision to expand the list from 10 to 13 because there were just too many I was proud to list. Eventually, the letter format went away because I was growing sick of my own self-congratulatory blather -- another one of the reasons why I've long resisted a regular public blog -- and time and finances necessated the reduction of the card to tiny postcard size. But I kept at it for years, and eventually the recipient list would grow to over 150 people. I skipped doing it in 2002, because I was caught up in a one-two punch of collaborating with my TV co-stars in organizing a live version of the show to take to colleges in a last-ditch attempt to boost our profile and save us from being axed by the then-new regime at Comedy Central, and my car had been stolen and stripped like a Thanksgiving turkey, necessitating me to deal with the police and go hunting and pricing for a new car.

Then, 2008 happened. Without going into messy detail, I was too broke and too depressed to do the cards. Period. Even with my poverty-level presentation on white cardstock model, I could not afford the time, paper, and postage, plus a good fifth of the 2007 cards had come back Return to Sender, and I just could not muster the energy to try updating all those addresses or face the prospect of throwing money at more potential non-deliveries. And I am sorry to say this year has not been much better for my checkbook or my ego. I may still resurrect the card next year, for the simple fact that I'm an obstinate cuss who believes decades go from 1 to 10 and not 0 to 9, and consequently next year would be the date for my "Best of Decade" list. Thankfully, Facebook and other media has allowed me to keep that loop presence I first aspired to keep with many, if not all, of the people that the card was initially meant for, so it hasn't been quite the fail that it could have been. But I still get people who tell me they miss the card. Trust me, I do too.

Which brings us to another reason why I chose to launch this blog over Christmas -- that damned list. There are always two lists, actually: a ranked Top 13, and an alphabetical "Nobody saw this but me" list of honorary mentions (though obviously, now living in a movie-centric city with similarly-obsessed friends, that term is a bit more tongue-in-cheek). It's a carefully thought-out balance of the brain and the gut, of the technical achievements that must be respected and the personal favorites that stuck in my brain and never left. I like to suggest that if aliens came to Earth and wanted to know the palette and possibilities that movies can encompass, my list would be a good overview of that spectrum.


10 worthwhile films nobody saw but me:
The Baader-Meinhof Complex
Bajo la Sal
Big Fan
Bronson
Fanboys
The House of the Devil
Moon
Not Quite Hollywood
Sin Nombre
Trucker 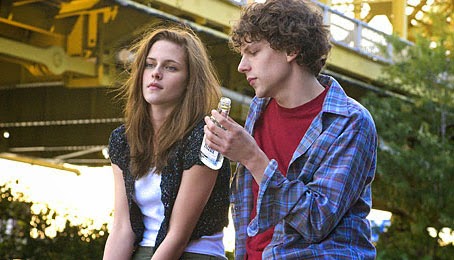 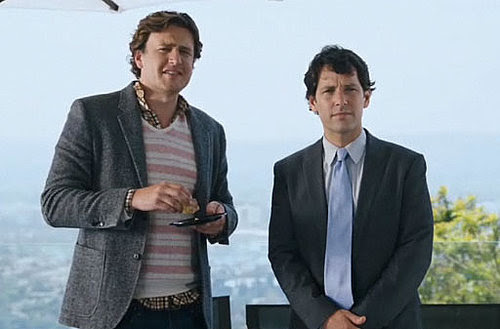 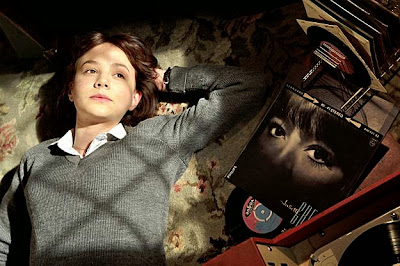 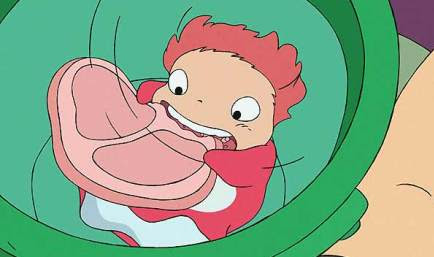 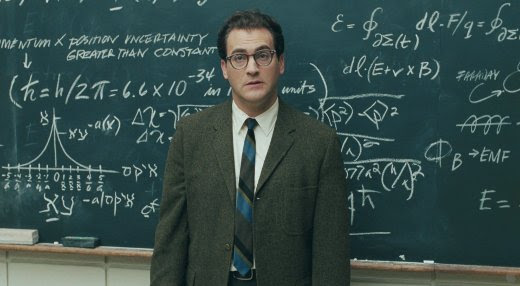 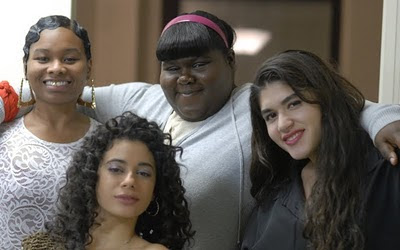 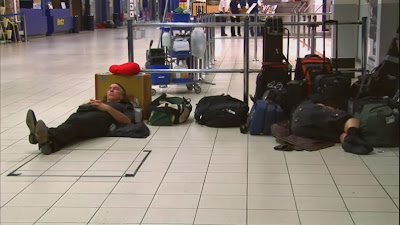 And since this essentially appears in space in lieu of greetings in print, whatever holiday you are celebrating, or if you'd sooner celebrate the end of sanctioned holidays, just make it as pleasing as you can, for yourself and your fellows.
Posted by Marc Edward Heuck at 11:04 AM 7 comments

I really did not want to start a blog. There are too damn many of them. And those are just the ones I like. I have always been of the notion that if everyone is a critic, then nobody is a critic. As such, my gut tells me that this is a bad way to draw attention to myself. Especially since I do not like to draw attention to myself. That may sound odd to you, seeing as how I appeared on TV for 130 episodes, have done a slew of DVD commentary tracks, and moved to the greatest fabricated paradise in the world with the goal of making a name in entertainment. But really, I do fancy myself the Shy Quiet Recluse - don't let my dildos, vibrators, and handcuffs fool you. A good chunk of my motivation is self-preservation. During the short interval when I was allowed into the 67% of American homes with cable television, I had a stalker problem that needed police involvement. I currently pay my rent through my employment by an organization that does not cotton to my unfiltered and often misanthropic worldview, and would certainly not want my name and their name linked in the same sentence, especially after I've let fly with my spleen and uvula. In short, I put myself at great personal risk each time I engage in public speaking. But then, Dr. King said that the ultimate measure of a man is not where he stands in moments of comfort and convenience, but where he stands at times of challenge and controversy. And while certain high-profile individuals in our society have all but taken "Give me convenience or give me death" as a life's mantra, when I look at all the trouble I've gotten myself into, I can at least say I earned the bulk of it and was nobody's victim but mine own. I'm just a big man with a humble penis.

And as the scorched earth I have left behind will confirm, I'm also a very opinionated individual about film and culture. There has been a significant number of people who have suggested, nay demanded, that I take my opinions out of the realm of messageboards, social networks, and cinema sidewalks, and put them in one place for the general public. It makes sense: 74% of American homes have internet access, and a quarter of the world is online, thus creating an even greater potential base of viewing eyes to flummox and annoy. Not to mention that with the exception of New Zealand and the Phillipines, the multiple corporations who own "BEAT THE GEEKS" have been doing an excellent job of making sure no one will ever see the program in any permutation of media again for the remainder of time. (If you don't believe me, digitize your old VHS tape of a favorite episode, put it on YouTube, and see how fast it is taken down and your account terminated) So why not build it and see who will come? It's worked for just as many opinionated (albeit more polite) individuals whom I have been lucky to befriend in recent years, whose links you will find accumulated to the side.

So, you know how you're hosting a party, and it's not quite over, but a lot of people have already gone home and it's down to your core group and you figure that everything that was gonna happen has happened, and then someone shows up really late, and you're debating whether to tell them to come in and socialize or that it's pretty dead and they should call it a night?

Well, it's Christmas Eve. I've arrived at your party. I'm hoping you'll let me in. I don't mind if there's no refreshments left, I ate before I came over anyway.
Posted by Marc Edward Heuck at 4:11 AM 1 comments