Pass Me the Product Nineteen


After four years of ass-kicking, 2019 somehow finally served the impression things were improving. Or maybe that was a delusion brought on by all the buffeting; The New Cruelty is ongoing, to be sure. But it felt better all the same, and you gotta get your serotonin where ya can.

I hit 50 this year. It's still a little weird to reckon with. In fifth grade, 50 was old to me. And seeing that I'm still devouring the art and culture that I relished in fifth grade, it's hard not to sometimes wonder if I'm not really just a child on stilts and a long coat. Also considering that there's another deadass generation gap that's causing multiple stresses among the people, I feel a constantly increasing kinship with that forgotten Prince Don Fabrizio Cabrera in believing that I belong to an unlucky generation, astride between two worlds and ill-at-ease in both. 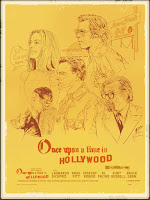 The highest honor I received this year, frankly the highest in many years, was a most unique form of cinematic immortality. After years of evolving from exuberant fan to thoughtful chronicler to trusted correspondent for his treasured cinema, my trajectory with Quentin Tarantino brought me (or, specifically, my Persian housewife hands) to a small but significant amount of screen time in his magnum opus ONCE UPON A TIME IN HOLLYWOOD, appropriately brandishing a reel of film and threading it into a projector, placing me in the august company of Jack Webb wielding a hammer or Dario Argento garrotting a dayplayer. I'd just as soon not go into the specifics of how my lovely knuckles made it into one of the most hotly debated films of the year in this forum. Maybe if you see me in person and buy me a boilermaker, I'll tell the tale.

Big thanks to Joon Kim for the screengrabs!

Naturally, since I had a literal hand in this epic production, I must respectfully render it ineligible for my list. I can, however, give it my Jury Prize, and proclaim without prejudice that in a similar manner which his Sundance '92 friend and colleague Allison Anders explored in GRACE OF MY HEART, it's a swarming swooning speculative fiction about artists in a time and place that may well have only existed in the minds of people moved by the movies, along with romantic fools like me. As I documented for the New Beverly, I could see the joists and the plumbing erected before the house opened to the public, and I am pleased that so many have come to visit it. But yeah, having bragging rights to a few flash frames therein feels great too.

(processing) "You cannot get ye fish."

(typing) "No, for real, print me out a million dollar bill, man. Dot exe."

And then here will be some sort of convoluted wordplay or pun which introduces you to The Top 13 of 2019: 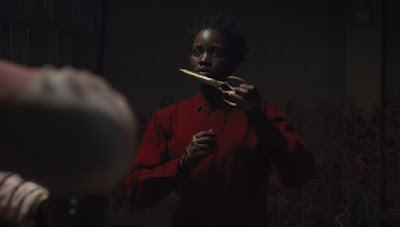 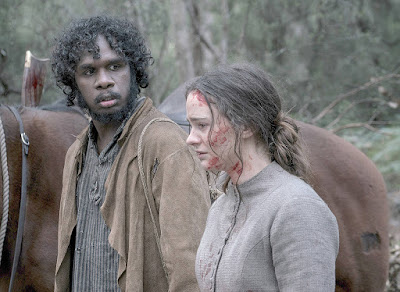 9. DOLEMITE IS MY NAME 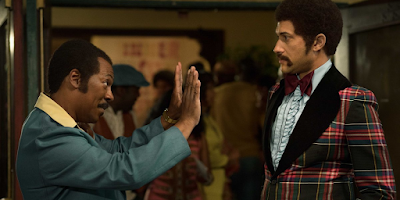 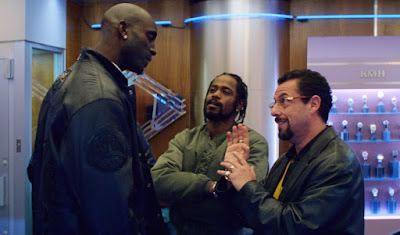 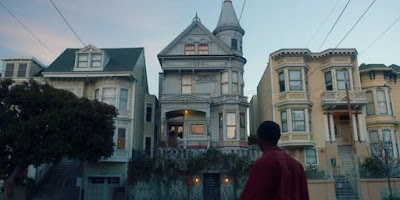 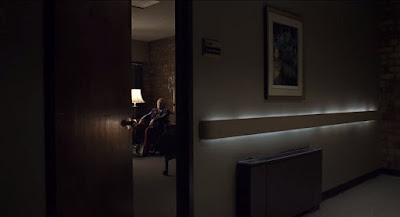 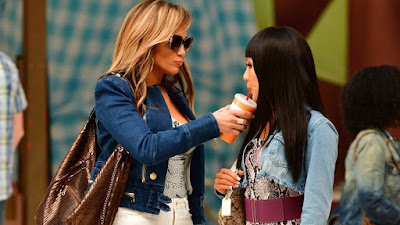 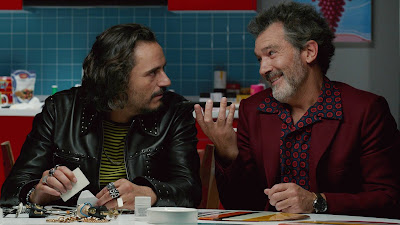 3. PORTRAIT OF A LADY ON FIRE 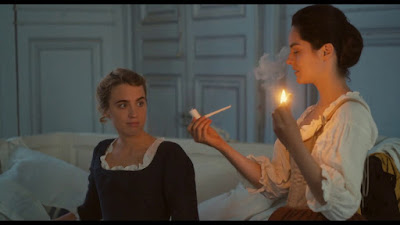 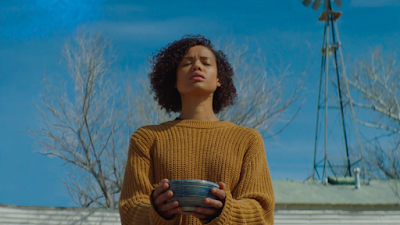 “Curation, at its best, is not just how you like something, which is the most dangerous place to go, but what the music means to the band, what it means to the fans, and whether it should be part of how someone first connects [with the artist]." 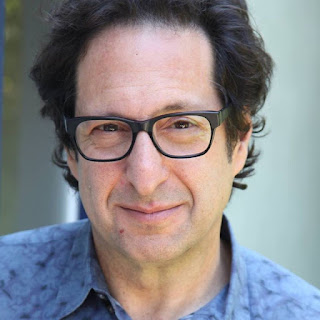 Posted by Marc Edward Heuck at 2:14 AM 0 comments