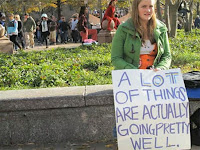 It's a peculiar thing to be in my circumstance now, watching and shuddering over the pendulum swings that have affected peoples' lives in 2021, while I now exist on a comfortable keel. I spent so many years having to think three moves ahead while others could play in the moment; I'm still not 100% at ease with the turnabout. But while the world at large was not exactly conducive to engaging in large gambles, I want to think that in small degrees, I placed wagers on people who matter to me that will pay off later in the game, and I am grateful that I'm capable of that. 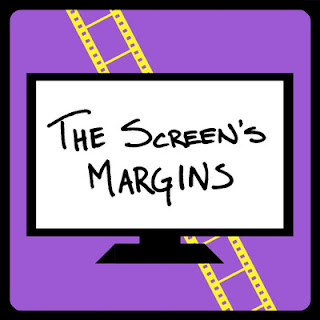 What I am most grateful and proud for, though, is the gamble someone took on me. B Peterson, before even reaching the age of 21, launched the ambitious The Screens Margins podcast network, creating shows for nurturing long, thorough discussions on the works of Wiseman, Fassbinder, and the offerings of Ovid.tv, and within that mission, decided there was a place for me in the conversation. Together, we engaged on an exhaustive journey through the surviving works of Dorothy Arzner, culminating in a viewing marathon not seen since those Robbie Robertson and Martin Scorsese made famous, and even made a detour podcast to spend time kibitzing over flicks written by one of her friends, Zoe Akins. I had the gift of watching terrific hard-to-see gems, waxing thoughtfully on them, and most importantly, making a wonderful new friend. Oh yeah, and discovering Arzner's student Francis Ford Coppola has been brewing a rye in her honor. I'm eagerly awaiting more engagement with B and this bottle in the New Year. 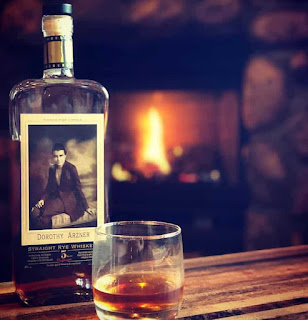 For rash or for better, regular theatrical moviegoing, and a stream of features justifying the trip outside, returned to the fore, allowing me to allocate a Jury Prize this year. And this time, well, I have to declare a hung jury, in that there's a tie: 2 unique films that deserve a spotlight all their own, both tackling multiple ideas with aplomb. Nobuhiko Obayashi's 2019 LABYRINTH OF CINEMA, finally getting a stateside release this year, was a moving blend of hilarity, surreality, poignance, and righteous anger about art, Japan, war, propaganda, and the movies, the kind of final statement only the director of HOUSE and THE GIRL WHO LEAPT THROUGH TIME could pull off. And Kier-La Janisse's WOODLANDS DARK AND DAYS BEWITCHED was the mammoth documentary on the history and diversity of folk horror I didn't know I needed, and now cannot live without; not just a history of cool films, but of class, racism, upheaval, and hauntology. To again summon Scorsese's name, it stands alongside his A HISTORY OF AMERICAN MOVIES and MY VOYAGE TO ITALY as a one-stop epic primer for the self-educating cineaste.

And while potent pandemics persist and performative politicians punt, we still find solace at the cinema. Thus The Top 13 of 2021.
13. SAINT MAUD 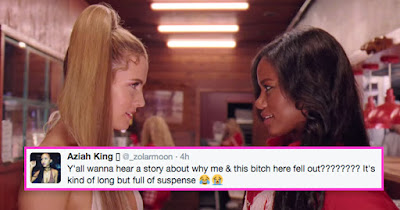 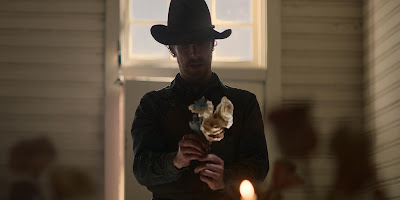 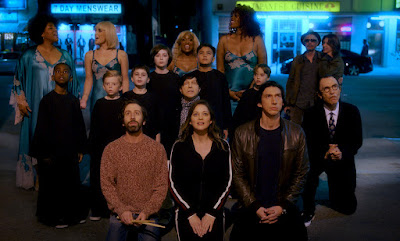 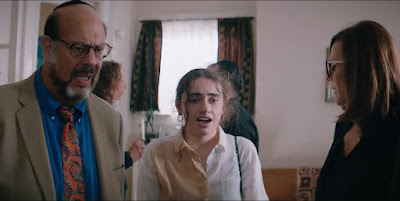 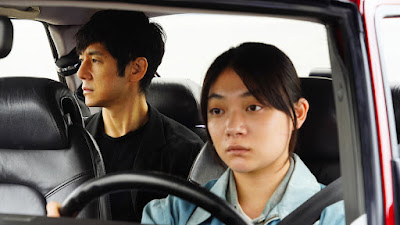 It has been an unofficial and unfortunate trend to post a moving quote from a cultural figure I admired who passed away in the calendar year, both unexepectedly, and much too young. Seeing how this year had so many deaths brought about by an indifferent virus, that not only claimed titans, but who knows how many more nascent creators who never got their big break, I think this epigram from the past is an appropriate tribute:

"Nothing seems so tragic to one who is old as the death of one who is young, and this alone proves that life is a good thing." 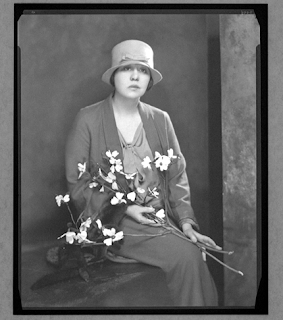