"I gotta knock on each and every door"

A month ago, when I wrote my post about finding your first favorite song, I touched upon one of the biggest risks of musical discovery: the fear of losing that beautiful thing. While I used what I thought was a fine example, I was sitting on a personal experience that would have served much better.

Over 15 years ago, when I was living in Columbus, I was in traffic, flipping around the radio stations in my usual state of musical ADHD, when I switched over to the R&B station, which was in the middle of airing a syndicated "dusties" program. (I suppose "oldies" connotates sanitized '50's whiteness) They played a song that shook me and had me in tears. Unfortunately for me, they also didn't back announce it. So I had no idea how to find it to hear it again.
I tried hard. I started tuning in to that show again and again, but they never replayed it. I would have tried calling the program and asking about it, but I was never near a phone when the show was on. Heck, I even ran into one of the local DJ's of that station, and clumsily quoted what few words from the song I could remember, and he had no idea what it was. Eventually, the urgency wore off. Every now and again, I would remember that there was this great song that I was trying to track down, but I had so little and so vague a clue to offer people that it never paid off. 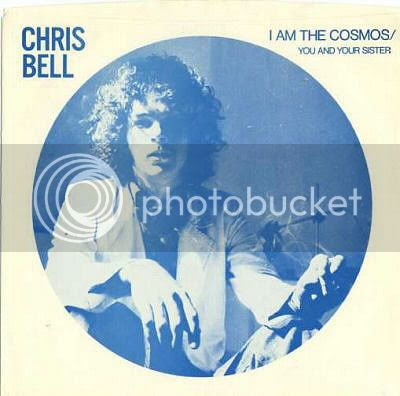 I had always been somewhat afraid to listen to a lot of innovative music programs on the radio, because I was deathly afraid of hearing a great song and having no way to find it again. In high school a college radio station had played This Mortal Coil's cover of Chris Bell's "You and Your Sister" before I had ever heard of Big Star or 4AD Records, and they never backannounced that one either. And like the above, I had little with which to trace the song. It would be a decade later that, by chance, I was in a video store where they played Bell's original and I was able to put a name and artist to the song itself; it still took another couple years to hear that cover version again.

As such, I've now become so paranoid about losing memories of good unfamiliar music that, paradoxically, I don't listen to radio shows where I could easily hear it. Most of my radio listening is when I drive, and it's not practical or safe to try writing down artists and titles for new songs. It's also rather annoying to wait for the bumbling college D.J. to go through their unbroken 20 minute set, then try to keep track and associate which song was the good one and which were the lousy ones as they recite that laundry list. Hell, I probably cheated myself out of the last good radio station in L.A. and all manner of great songs therein because they did not backannounce. They offered a service where you could go online and find a playlist of the day, but again, who comes home at 2 am after a long drive home from work and goes straight to the computer knowing the exact time they heard that mystery track? I like the thrill of the hunt as much as the next crate digger, but I got limits.

Going back to the opening: we have a happy ending. After a decade and a half of wandering in the desert of my mind, and futile lyric searches and consultations with friends specializing in Northern Soul, I tried one last time putting a few key words in quotation marks in Google. And after a few permutations of phrase...I FINALLY FOUND IT!!!

This is one of the most stirring, inspirational pieces of music I've ever been exposed to, and after listening, I think you will partially agree. And the timing is very appropriate, because I've been in the midst of personal drama the last few days, muttering about wanting one thing to go right for me.

This is what I needed to remind me that I got a long way to go to earn that, because in the world right now, I'm damned lucky to have the things that indeed are going right that I don't appreciate. I got a small but potent answered prayer today.

And I have a new old favorite song back.

As I look about me, I can see
All the blessings given to me

A baby boy
A woman who loves me
Oh, yeah

Right on, brother, right on

I'm gonna give, give up my heart
I gotta make, I gotta make a
New start in the world this morning

Oh, I'm gonna try it
Try it once more
I gotta knock on
Each and every door
I gotta see if, I gotta
See if I can be a friend

I gotta say it one more time
I'm gonna give it all my heart
I gotta make me a new start
In the world this morning
I gotta see, can I help a friend

If they scorn me, scorn me today
Don't you dare turn me away
I'm gonna be just a friend

Oh, I'm gonna try it
Try it once more
I gotta knock on
Each and every door
Of the world this morning
I gotta see, I gotta
See if I can be a friend

Posted by Marc Edward Heuck at 8:12 AM