"Oh how I wish tomorrow would never come..." 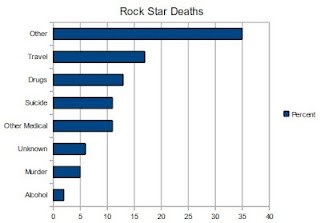 I spent the majority of this past February 29th thinking about the untimely passing of Davy Jones at the age of 66, and today, on what should have been his 67th birthday (as well as the 70th birthday of his still-vigorous bandmate Michael Nesmith), I started thinking about it again. Like many of you, this took me by terrible sad surprise, because of the abruptly fast nature of the event: he had appeared just two weeks before at a Hollywood autograph collector's show in reportedly excellent spirits, and as late as that previous Tuesday night, right on my Facebook feed was a blurb promoting an upcoming solo performance in Southern California. On a psychological level, I don't think I'm the only person to have thought in the back of their mind that, just maybe, we'd have the Monkees for many more years to come. Like many a stand-up comic's jokes about Keith Richards or Motley Crue, it was almost as if nothing could kill the Monkees: consider that from their inception to that date, we had lost Morrison, Joplin, Hendrix, Redding, Presley, Curtis, Nilsson, Cobain, Garcia, Strummer, Brown, Barrett, Cash, Chilton, Jackson, Houston, two Beatles, two Beach Boys, and three Skynyrds...yet all four of our beloved 8-button-shirt beaus were safe and healthy. The bubble finally broke that day, when, to put it in mordant video terms below, Davy drew the short straw:


I once opined that I found the Monkees to be more interesting than the Beatles. 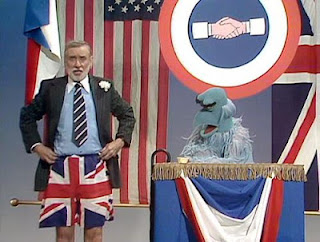 Before you get your Union Jack knickers in a twist, I did not say "better," I said "more interesting." Sure, the Fab Four in their remarkably short tenure of 8 years together left behind an amazing legacy of music and personality, but at the core they had a sensible, straightforward story: four fellows started a band, got popular beyond their wildest dreams, used their worldwide appeal as an opportunity for some experimentation, and then agreed to part ways when a group dynamic was no longer suitable for them. By comparison, the Monkees trajectory is a little more colorful: young producers decide to capitalize/spoof on Beatlemania by creating a fake band for a TV series, hire two legit musicians and two actors to essay the roles, but instead of just going through the motions dictated by their creative directors, the foursome decide to really hunker down and learn both how to coalesce and create music as a real band and how to hone their stage presence and delivery as comic actors, consequently creating a body of work that has stayed just as relevant and entertaining as the Beatles' for 40+ years. No one could have expected, or would even have had reason to expect, any of this when Screen Gems greenlighted this TV series in 1966; all the upper brass wanted was some decent ratings and some merch sales. Instead, a multi-pronged dynasty emerged, not just involving the band members, but the body of tremendous songwriters who provided them material (Tommy Boyce & Bobby Hart, Neil Diamond, John Stewart, Harry Nilsson), the pool of writers and directors who contributed to the show (notably Paul Mazursky and James Frawley), and quite significantly, the producers behind the show Bob Rafelson and Bert Schneider, whom together and apart made wide changes in popular American film. As film historian Christian Divine bluntly put it, "Without The Monkees, we might not have had EASY RIDER, FIVE EASY PIECES, THE LAST PICTURE SHOW or much of the 1970's New Cinema. Seriously." 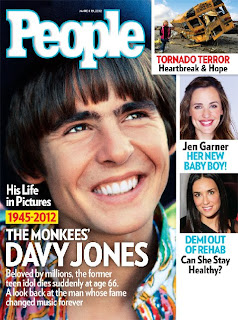 And in 1966, when very few of the ways of seeing or hearing in our modern day could even be contemplated, nobody in that hypothetical smoke-filled boardroom would have anticipated the wide swath of loss, love, and gratitude that would emerge when all these years later, one of those boys left us. From a surprising spectrum of celebrities past and present, to a fan turned manager and exhaustive historian for the band, and a slew of bloggers that I personally either admire in awe or have downed multiple shots with, anyone who saw a television or listened to a radio had something to say. Even People magazine, normally focused on youthful celebrities and reality show scandals, and thus would have been expected to note his passing in a sidebar or in a round-up, devoted a full cover and center section to Jones, an honor normally only bestowed in cases of massive stardom or questionable circumstance. I can declare with full confidence you cannot find anyone beyond, say the trolls at a certain isolationist Baptist church, who didn't have a kind word to say. And weeks later, when most celebrity deaths quickly leave our minds and we go back to the business of the day, my friend and fellow critic Alonso Duralde summed up my feelings succinctly: "I'm finding myself more bummed about Davy Jones' death than I would have foreseen." 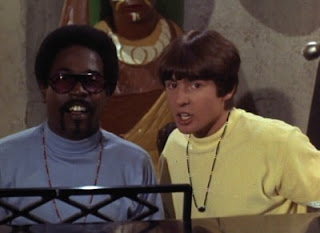 I wouldn't feel the need to shout it like number 7A, but there is a giant legacy this 5'3" showman left behind. It was readily apparent when the initial pilot for "THE MONKEES," which had tested poorly, scored enormously favorably when Davy's screen test was included. It was humorously apparent when, in the occasional rare episode where a girl was chasing Peter instead of him, it was put forward that "It can't be you every week, Davy." And as Michael Nesmith observed in a memorial interview for Rolling Stone, it was as if the show was built around him. I do feel that Papa Nez is selling his gifts a little short, but he is correct that in an already unlikely band environment where in one concert, you could be treated to Peter twanging folk on a banjo, Mike doing his prototypical country-rock, and Micky indulging his rhythm & blues wailing, Davy was the consummate pro that could tie all these disparate styles together, and looked right at home doing it. He was as interested in belting out Stephen Foster as he was in learning about "the key of soul" from THE WIZ composer Charlie Smalls, and if someone wanted to put grungy arena rock guitars behind him for cheap irony, he sold it cleanly and happily. I always wished he would try performing "Sheila Take a Bow" by his fellow Mancunian Morrissey, or my biggest dream cover, him and Micky trading verses and shout-outs on Outkast's "Hey Ya", since the song has the Neil Diamond-esque meter and Pentecostal flair of a classic Monkees song, the music video by director Bryan Barber has the cheeky humor of a typical Monkees episode, and, well, come on, you know how groovy it would have been to hear Davy tell the ladies, "Lend me some sugar, I am your neighbor." Alas, those two cuts will only be heard on the jukebox of my mind now, probably right after the Whitney Houston/Serge Gainsbourg remake of "I Love You...Me Neither."

But see, that's just singing. Add in his ability to deliver a punch line, keep a straight face, do Broadway shows nightly, the occasional horse race...if he wanted to do something that would entertain the crowd or his own artistic appetite, he got it done. I may put "Renaissance Man" on my business cards, but he lived that title. 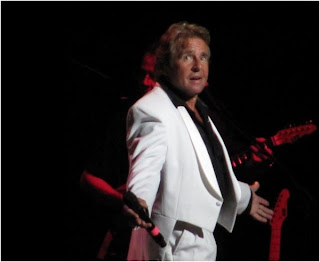 So while I can't mark this birthday as an ongoing concern, I will most certainly pass the bottle for Mister Jones. When everybody loves you, oh son, you're just about as funky as you can be.

When It's Time to Zero the One Two

2012 was, from January onward, just a really damn good movie year. Seriously. Within weeks of the beginning, when it should be just Oscar bait going wide and genre junk getting dumped, you got a crafty little Soderbergh action movie, a solid and tense tales of man versus wolf in the wild, and a challenging low-fi rebuke to superhero mythologies, and all of those before Valentine's Day! And the goodness kept on going. Sure not every weekend could bring a gift, some Fridays yielded nothing but Fresno. (I've got a violent squint like Our Man Flint permanently fixated on you, McG!) But when I catalogued everything I saw this year, I had way more 3.5 and 4 star movies than 2, and I had a damn good amount of 4.5 and 5 star movies as well. It would appear that the studios finally kept the lameitude in check...or just delayed it to 2013 for 3-D post-conversion.

And if you'll indulge me a moment to catalogue myself, I think my personal lameitude was significantly reduced as well. I accomplished a lot of good things. Not just here at the blog, which, granted, has become more of an infrequent salon, but in that great big real world as well. I met Dario Argento. I was interviewed for a film preservation documentary. I cut a homemade trailer for one of my favorite cult films that the director liked more than what a major studio put together originally. I did an intensive Q&A with Todd Solondz that offered real insights. Hell, I even created an internet meme! So yeah, maybe I don't post here enough, but if you're paying attention, you'll see my handiwork in other places, and that's gotta count fer sumthin'.

But let's focus on the reason why you're stealing away from your family on Christmas Day and reading this blog: My assessment on the year in movies. 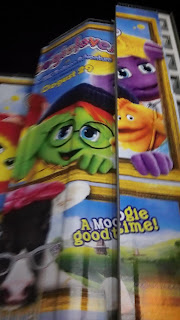 First off, in the grand tradition of Naval Firsties putting $1 in a kitty to be awarded to the graduate with the absolute lowest GPA, my special Jury Prize, or for this occasion, the "There There Honey" prize, goes to THE OOGIELOVES IN THE BIG BALLOON ADVENTURE. There must be something about the pretense of creating movies "exclusively for children" that makes the creative team throw rationality out the window like a box of melted Otter Pops - which, coincidentally, is the approximate visual aesthetic of this film! When your toddler screams "Dada!" during this show, you may not know whether to reach for a pacifier or a Salvador Dali volume. The fact that the advertising focused solely on it being from a "marketing wizard" that sold you other prefab merchandise-driven kiddie fare should make one want to enjoy said astroturf artists eating their cold mush. But dammit, when I'm presented with disturbing innuendo between an intelligent vacuum cleaner and a sassy talking window, I'm giving in to the insanity. They may not have earned enough box revenue to even pay off the giant Sunset Blvd. billboard featured here, but they'll happily get my money again if the ever-threatened midnight hipster revival shows rev up.

Speaking of revving, the keys are in the ignition, let's prime the engine...


10 worthwhile films nobody saw but me:
Alps
Compliance
Dark Horse
Goon
The Hole
Kill List
Middle of Nowhere
Natural Selection
Nobody Else But You
Polisse
And lets put this thing in gear and take one last drive past The Top 13 of 2012: 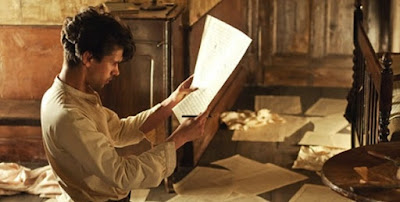 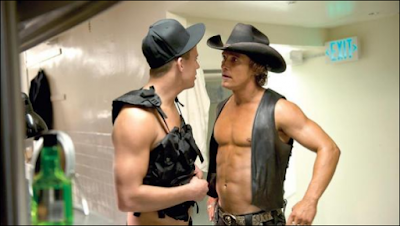 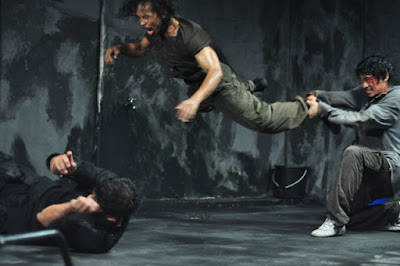 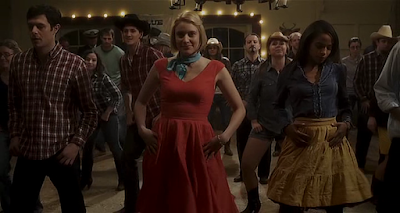 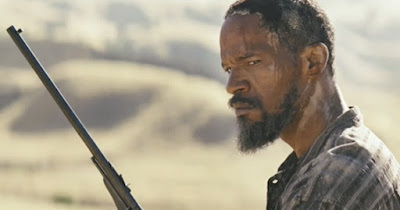 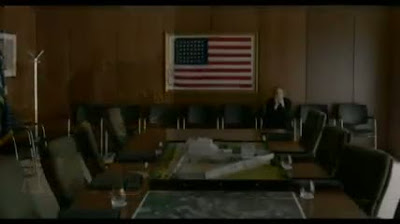 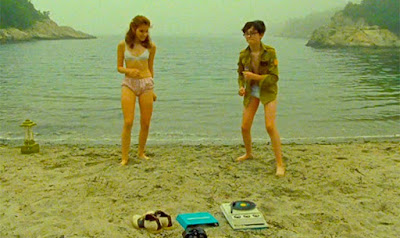 5. THE PERKS OF BEING A WALLFLOWER 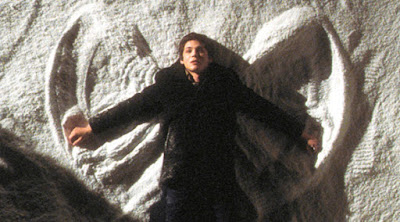 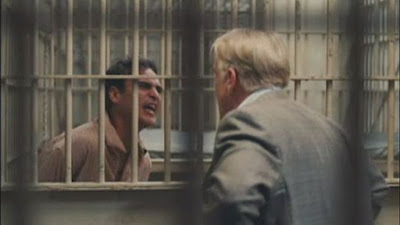 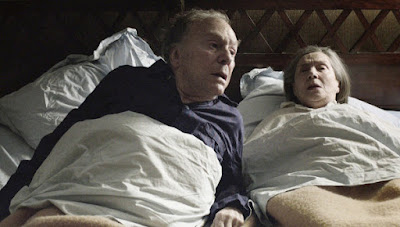 2. BEASTS OF THE SOUTHERN WILD 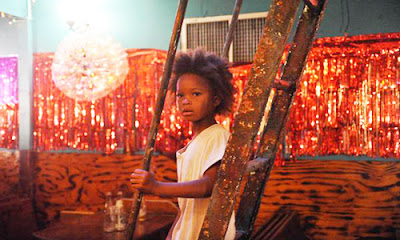 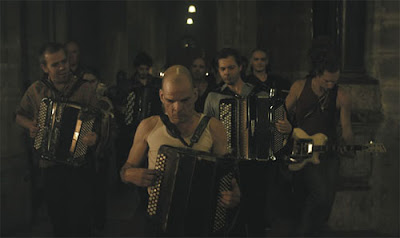 Thanks to all my original readers, the new ones who've been steered here by names you trust (and industry giants I still can't believe I get to call peers), and anyone who found this place from googling for cheesecake photos of '70's drive-in actresses. I'm grateful you take the time to visit. I warn you this is going to be more of a pop-up restaurant than a full-time diner in 2013, but I'll serve you my specific style of movie dishing as best and as often as I can, so please check in if you don't hear from me. 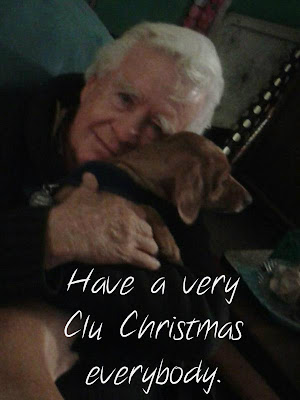 Posted by Marc Edward Heuck at 8:01 AM 2 comments