Sarah Holcomb: A Letter for a Lost Friend

Hello, Ms. Holcomb. My name is Marc Edward Heuck. How are you? I know that is a banal question that gets thrown around for empty conversations several times day, but I am honestly interested. You don't have to give a boilerplate answer like "fine" or "okay" if you don't want to; I certainly don't like those vague terms. I always lean towards words like "reasonable" or "content" myself - it's still pleasant enough to let the moment fizzle and go back to the day's business, but it does makes the other person pay attention and notice that I'm not just saying what they expect to hear. And right now, I would like to hear whatever is on your mind, in however manner you would like to express it.

I know who you are. Like many who perhaps try to strike up conversation with you, I grew up in your shadow. You're roughly a generation older than I am, you were already making commercials and ready for college while I was still in middle school, so I was not supposed to be seeing you or the movies that you were so funny in. In fact, I recall my mother literally gave me a Come To Jesus speech when she found out my father let me watch them during my weekends in his custody. But the dirty deed was done, and besides having two movies that I would go on revisiting to the present day, I really liked Clorette DiPasto and Maggie O’Hooligan, I wanted to be friends with them. I didn't want to date them - Clorette was too young and sweet and to try heavy petting with her would make me feel as guilty as Pinto felt, and Maggie was so ruff and tuff and pissed off all the time that I probably would have annoyed her as a boyfriend - but they were good-hearted gals and it would have been fun to spend more time with them beyond what the VHS tapes offered. And so, as my lifelong obsession with film got honed and refined, and I started paying attention to character actors, I figured out that I wanted to be friends with you, Sarah Holcomb.

That's an odd statement to write, and I'm sure it's a hard statement for you to read, because I've spent a lot of time piecing together your life's story, and the recurring line I'm finding is that you didn't have a lot of good friends...or at least, the right kinds of friends. There were probably the enabler friends, the ones who knew that you had health necessities but instead of helping you manage them, they took advantage of them because they found it entertaining. And the fair-weather friends from the movie sets, who liked you hanging around unless you got to be all heavy and uncool, and then forgot about you when they moved on to other movies and other friends while you took the steps necessary to heal yourself. Certainly there were good, kind people who wanted to help you, but couldn't understand what you needed, or lacked the patience to be there when you couldn't go it alone. And among the myths that have arisen since you took your exit from show business, what is certainly the most heartbreaking one, provided that it is true - and I speak for many when I suspect and pray it is not - is that over the years, you have been passing your time in near-seclusion, never seen in pleasant company or sharing animated conversation with others. Of course, if that is true, maybe that is what you want, and from that track record of people letting you down in the past, I would not find any fault with that choice. Similarly, hearing a complete stranger in the cyberverse say they want to keep company with you may well sound sour as well, since I don't really know you, we're not in the same city, and "cyberhugs" are empty treacle when one feels really isolated.

Hello, hello
Are you out there?"
--Poe 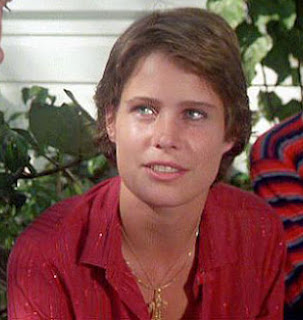 Sifting more through the truths and the speculation in the wake of your exit, I can imagine the hurt and pressure of trying to keep all your conflicts contained in that harsher period of history, when mental and emotional obstacles were not spoken of in the common vernacular, but were more often fodder for ridiculous third-act twists in horror movies. Today when bad wiring and bad choices reach critical mass, an entertainer can publicly say they are seeking help and no one will blink. Heck, I have close friends who speak candidly about their struggles with depression or bipolar behavior and the progress they are making in keeping it from devastating them. We might be a society that overdiagnoses and overmedicates what is arbitrarily determined to be aberrant activity, but at least we understand that these are real problems and no one need apologize for them. In this modern climate, I could easily imagine you engaging in some gallows humor, perhaps using that lovably terrible Oirish accent from CADDYSHACK to mutter "Ran outta me meds agin; that's a' ah need!". I can't help but feel that you could have been much more at ease in those later years that I came of age, and would not have to make the all-or-nothing choice that you did.

You're just a victim of the circumstance
I mean, what else could you do?
You saw your dream and you just took a chance
And for a while your dream came true
What could you do?"
--Pete Ham

What troubles me most in the fog of rumor about your life now is the notion that you take no pride or pleasure in your small but potent body of work. That because of all the terrible realities that took place when the cameras stopped rolling, you can't look at Clorette today and laugh, and appreciate that you had excellent comic timing. Or that in the off chance someone recognized you and tried to compliment you, it would only send you back to the bad times and thus darken the moment. Again, a perfectly legitimate and understandable reaction if this is true, but as a viewer who loves to watch your finest hours, still a sad thought. Because it was not just Elton John sitting in the 22nd row and looking at you and our other favorite screen females with simple innocent thoughts of appreciation and respect back then, and today there's even more of us who genuinely like you for being such a great presence in those movies. To learn of any apocryphal sordid events offscreen would not nor should not diminish our love of you and the work, and it seems to me that when you've brought that genuine, unblemished pleasure to millions over the decades, that has to be a good thing, something for which you deserve to reap the rewards.

Because I don't know if you ever spend time on the internet, or Google yourself, but you are still on our minds. A one-time encounter with a kindly railroad worker has become your unofficial messageboard for fans and former schoolmates of yours, trading memories and prayers. You have inspired orginal artwork, and eclectic mixtapes. And, well, a whole bunch of urban legends...

"I googled her name and came up with a photograph on the website for Northern Arizona University. Account for age and it sure looks like her."

"A Providence radio DJ claims to have seen a former cast member of Animal House working in a convenience store near Brown University."

"Sarah still resides in Connecticut receiving government assistance far removed from the public eye and prefers to remain that way."

...and the one thing in those tall tales that is indeed clear to all of us is that wherever you are, you're not coming back, and you'd like us to let you be. And for as much as we miss you, we just want you to be as untroubled as possible, so we are all keeping our distance.

"But it's too late to say you're sorry
How would I know, why should I care
Please don't bother trying to find her
She's not there"
--Rod Argent

Thus, this is where my outreach to you ends. For all I know, you will never read this letter, and things will stay as they are. But in that microscopic chance that you would ever want to say something, anything, to a receptive stranger...I'm an easy person to find.

In the meantime, I guess all I can do is play you a song.

If it is true that you've dismissed your previous achievements as nothing, well then, to borrow from your own quotebook, "Tanks fer nuttin'." Because for many of us, your "nuttin'" was really something.

"Wherever she is, I hope she's doing fine,
But I wish that she would phone or drop us a line.
Till then I've got nothing to ease my mind,
And I'm thinking about her all the time"
--Ray Davies

Posted by Marc Edward Heuck at 6:19 AM