On the Border of Nod

When my parents divorced, I essentially had the same custody arrangement from I was 7 years old until I moved out of Cincinnati and went to college: I visited my dad on Tuesday nights, spent Friday nights with him, came back to my mom's on Saturday at 6 prompt. Any variations had to be cleared with her in advance, and had better be good to get her to agree to it. 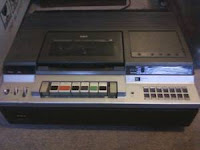 By high school, both my parents had cable, but my dad sprung for the pay channels. So on Friday nights at my dad's house, if I wasn't lucky enough to find out about a party, which was often, I stayed up late, kept the volume low so as not to keep my dad up, and either watched movies, or kept the VCR on pause to tape my favorite videos of the day, maybe a snippet of a sitcom rerun, or a particularly good trailer on the Viewer's Choice preview channel (at the time, they ran real trailers instead of the crappy short promos they would eventually create to push the pay-per-view movies). Also, for a long while, WGN in Chicago would run an hour-long "TWILIGHT ZONE" episode at 1:30 a.m., followed by a half-hour episode at 2:30 a.m., and I would try to stay up for those. It was on a typical Friday night that I first stumbled across my decades-long obsession, LADIES AND GENTLEMEN THE FABULOUS STAINS, on USA Network's "NIGHT FLIGHT" program. 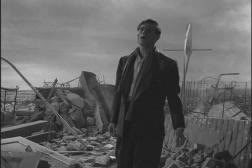 Amidst all of this, something I strangely remember with much fondness would be the nights that I would temporarily zonk out in front of the TV and reawaken, sometimes after 3 a.m. If I was watching those "TWILIGHT ZONE" reruns, in my netherzone of consciousness and sleep, I created intriguing "new" episodes in my head from the snippets of visual and audio that I could recall. Or marvel at some of the truly bizarre programs or movies that were on that late, because back then there really was a difference; not like now when the same informercials run on every channel. I instinctively knew after 3 I should really be in bed, especially if I wanted to be up at an hour that my father would not berate me for being a lazy sod for waking up at, but on those nights I was discovering the alternate world of the middle of the night. Dubbed Eurotrash sex comedies on Showtime After Hours. "RAT PATROL" reruns. Joe Franklin.

I had a room upstairs that was not wired for cable, but I did have a component stereo. So I would turn on the radio, again low enough not to wake anyone, and sleep with it on. And again, in dreams I conjured up incredible music videos for the songs that filled my sleep. A slow-motion Sam Peckinpah massacre scored to Lionel Richie's "Hello." Heavy petting with an unrequited high-school crush atop a bank of washing machines in a junkyard to Smokey Robinson's "Shop Around."

As an arrested adolescent now who often sees strands of daylight by the time I go to bed, I miss that time of innocence and forbidden pleasure. I try sleeping with my TV or a CD playing sometimes, but it's not the same like it was before. 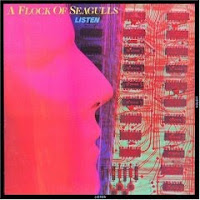 This past night as I drove home from a late night gathering, "Wishing" by A Flock of Seagulls came on the radio. I had seen the video many times when ths song was first released, but it was on one of those Friday night 3 a.m. reawakenings that I really "watched" the video and "got" the song and it became truly beloved. I think it was the earnest juxtapositions of computers and isolation and space and the great void by journeyman director and frequent Seagulls collaborator Tony Van Den Ende with those simple lyrics of longing that resonated. It was the middle of the night, I was by myself, and my similarly earnest and simple self identified with feeling like being alone in the middle of nowhere, gazing at eternity.

As a jittery Christian, I aspire to an afterlife and reincarnation, and that my life's work will be exemplary enough to reach that ascended state. As a pragmatic realist, I prepare for the likelihood that there is nothing after death; at best, maybe the electrodes in my brain will go a little while longer after my body conks and it will be like one last, good dream.

But in either case, it would be nice if I could know that one day, I will be 15 again, taking the pieces of the pop culture that intrigue me, and creating my own visions around them as I had before. I wouldn't spend my life just wishing...
Posted by Marc Edward Heuck at 4:05 PM